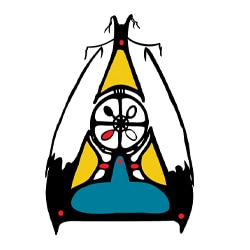 The M’Wikwedong Native Cultural Resource Centre (MNCRC) was incorporated on August 25, 2000 and became a member of the Ontario Federation of Indigenous Friendship Centres (OFIFC) on October 27, 2000, however the centres’ doors were open to the community in June. The centre’s founding directors are Monica Johnston, Don McKinnon, Eliza Knight, John Keeshig, John Edmonston, and Laurie Ann Drane.

The centre was established to address the social, spiritual, mental and physical needs of urban Aboriginal Peoples from Owen Sound, the County of Grey and the County of Bruce by providing a safe environment for Aboriginal Peoples to fully participate in their community. The catchment area for M’Wikwedong encompasses what is traditionally known as the Saugeen Ojibway Territory. This territory extends from Goderich across to Meaford and includes the entire Bruce Peninsula.